The Hebridean islands lying off the west coast of Scotland make for fantastic destinations and places to explore - spectacular sunsets, sea kayaking, stunning scenery and silver sands - the west coast Scottish Islands have it all.

To the north, Shetland and Orkney make equally great destinations with rugged scenery and steeped in history.

I'm starting this page with a few historical slides, beginning in Orkney and moving over to the Inner Hebrides, with updates featuring the Outer Hebrides and the Western Isles.

Enjoy the views, the vistas and the very best of Scotland.

If you'd like to search for particular images, either on this page or throughout my website, please use the search facility below...

And if you are interested in some of my images of Scottish islands for sale, please follow the link below to my Online Sales Page...


There's a great story as to how I came to be in the Minch, anchored off the Shiant islands on a beautiful, sunny morning in June. It involves mountain rescue, the Stornoway Coastguard tugboat and a NATO exercise...

If you're interested in finding out more, then follow the link below to read more in the blog.

The natural harbour of Garbh Eilean and the cottage used by Adam Nicholson, the owner of the Shiants and the author of Sea Room.


Elgol and the classic view across Loch Scavaig to the Skye Cuillin hills.

Loch Scavaig and the Cuillin ridge 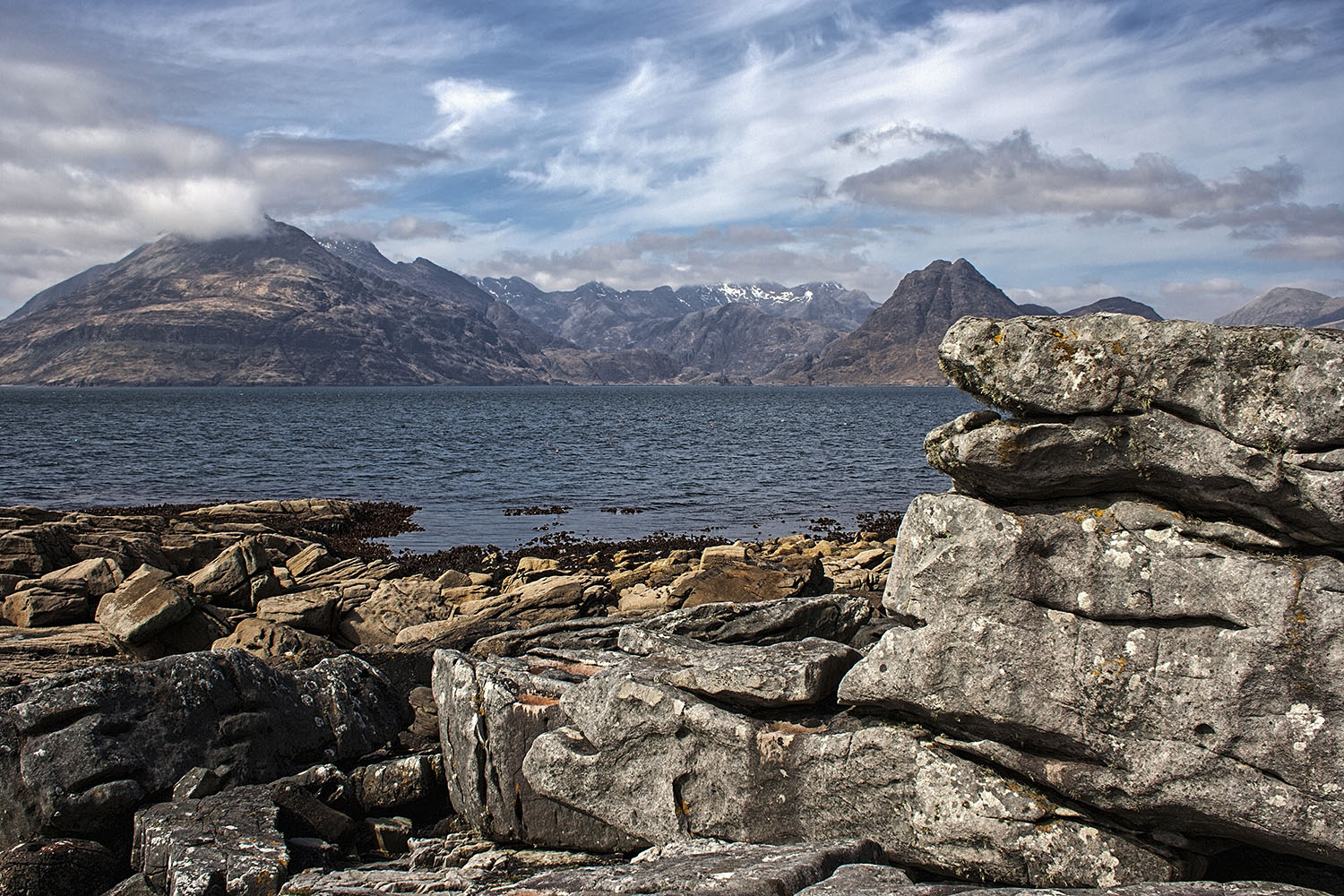 Loch Scavaig and the Cuillin ridge

The Skye Cuillin hils as seen from Elgol.

The "Two Boys" of Elgol

The "Two Boys" of Elgol

Fishing boats on their moorings at Elgol.

Colonies of guillemots, razorbills and fulmars can bee seen nesting on the cliffs, whilst puffins have their burrows on high ledges, especially on the top of the Great Stac. 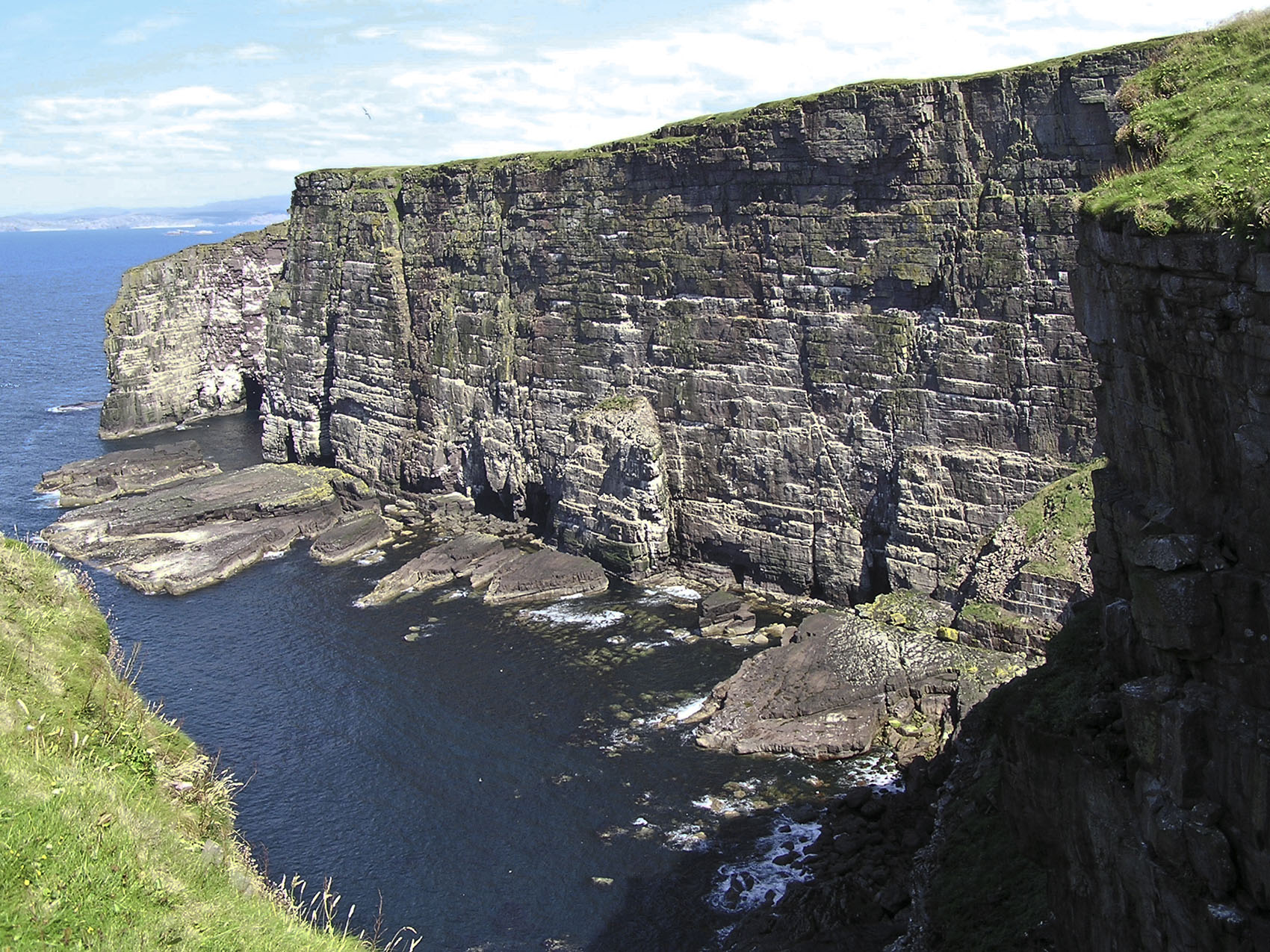 The cliffs of Handa on the west coast of the island rise some 100m out of the sea, providing nesting sites for colonies of seabirds during the spring and early summer.


Visited some 30 years ago, I will need to return back soon and update my collection... An historic series of images, these feature some of the rich history of Orkney.

From the Italian Chapel, to the rusting hulls of the scuttled fleet at Scapa Flow to the ancient remains of Skara Brae and the Standing Stones of Stenness.

The Italian Chapel is a highly ornate Catholic chapel on Lamb Holm in the Orkney Islands. It was built during World War II by Italian prisoners of war, who were housed on the previously uninhabited island while they constructed the Churchill Barriers to the east of Scapa Flow

The Standing Stones of Stenness is a Neolithic monument five miles northeast of Stromness on the mainland of Orkney, Scotland which may be the oldest henge site in the British Isles.

Skara Brae is a stone-built Neolithic settlement, located on the Bay of Skaill on the west coast of Mainland Orkney.

Consisting of eight clustered houses, it was occupied from roughly 3180 BC to about 2500 BC and is Europe's most complete Neolithic village.

In late November 1918 the German High Seas Fleet arrived in Scapa Flow for internment. On 21 June 1919, believing the British intended to seize the fleet, Rear Admiral Ludwig von Reuter gave the order to scuttle every ship.

Today the wrecks of three battleships, three light cruisers and a fast mine-layer – ships that all escaped complete removal during salvage operations – remain on the seabed of Scapa Flow.