I have been producing Virtual Tours since 2009 and specialise in the production of Bespoke 360° Virtual Tours.

Bespoke tours can be custom designed according to your requirements. These may include additional 360° video, aerial photography, the production of a floorplan for your premises and custom annotations for outdoor interpretation. Featuring immersive technology, Virtual Tours provide the ultimate "walk through" experience.

Samples of recent work are provided below which include an Aerial 360° tour, an interior tour complete with floorplan and a high resolution digital SLR tour in a mountain environment.

For each tour, I have provided details on location, the photography equipment used to capture the images as well as general background information.

Please contact me for further information and to discuss your own requirements.


This is a theme I've wanted to develop for a while. We've all looked up into the forest and there are many examples of wide angle photographs and perspectives looking up into the crown.

So here's a project which not only looks upwards but then transports you up into the sky to look down into the forest from above.

I've built in a few different perspectives and animations into the tour. See how many you can find....

If you'd like to see this in full screen, use the button below


The Black Isle Virtual Tour is an ongoing compilation of aerial panoramic images of the Black Isle, captured using a UAS or drone.

One of the aims of this unique project is to compile a virtual tour "directory" of local businesses on the Black Isle, linking these into the interactive aerial Virtual Tour.

For details on how to feature your business, please visit the Black Isle Virtual Tour Page.

If you'd like to see this in full screen, use the button below


Use the opening map to select the locations and enjoy touring the Black Isle. From the photographs, the maps or the hotspots, find nearby viewpoints and experience a different perspective on the Black Isle.

The Black Isle peninsula sits just north of Inverness bounded on three sides by the Beauly Firth, the Moray Firth and the Cromarty Firth.

Low lying and largely arable, the Black isle offers sweeping panoramic views across an area rich in wildlife, history and rural villages – ideal for slow tourism and worthy of exploration.

It’s also a great location for exploring the nearby Highlands and is well placed for a short but enjoyable and rewarding detour from the North Coast 500 route.

The aerial photographs in this Virtual Tour were captured as panoramic sequences using a drone camera to produce an innovative perspective.

To feature your own business featured in this unique tour, then please contact me using the details below.

If you are a business on the Black Isle and would like to feature on this tour I would be delighted to provide further details.

A 360° Virtual Tour of Drummondreach Steading 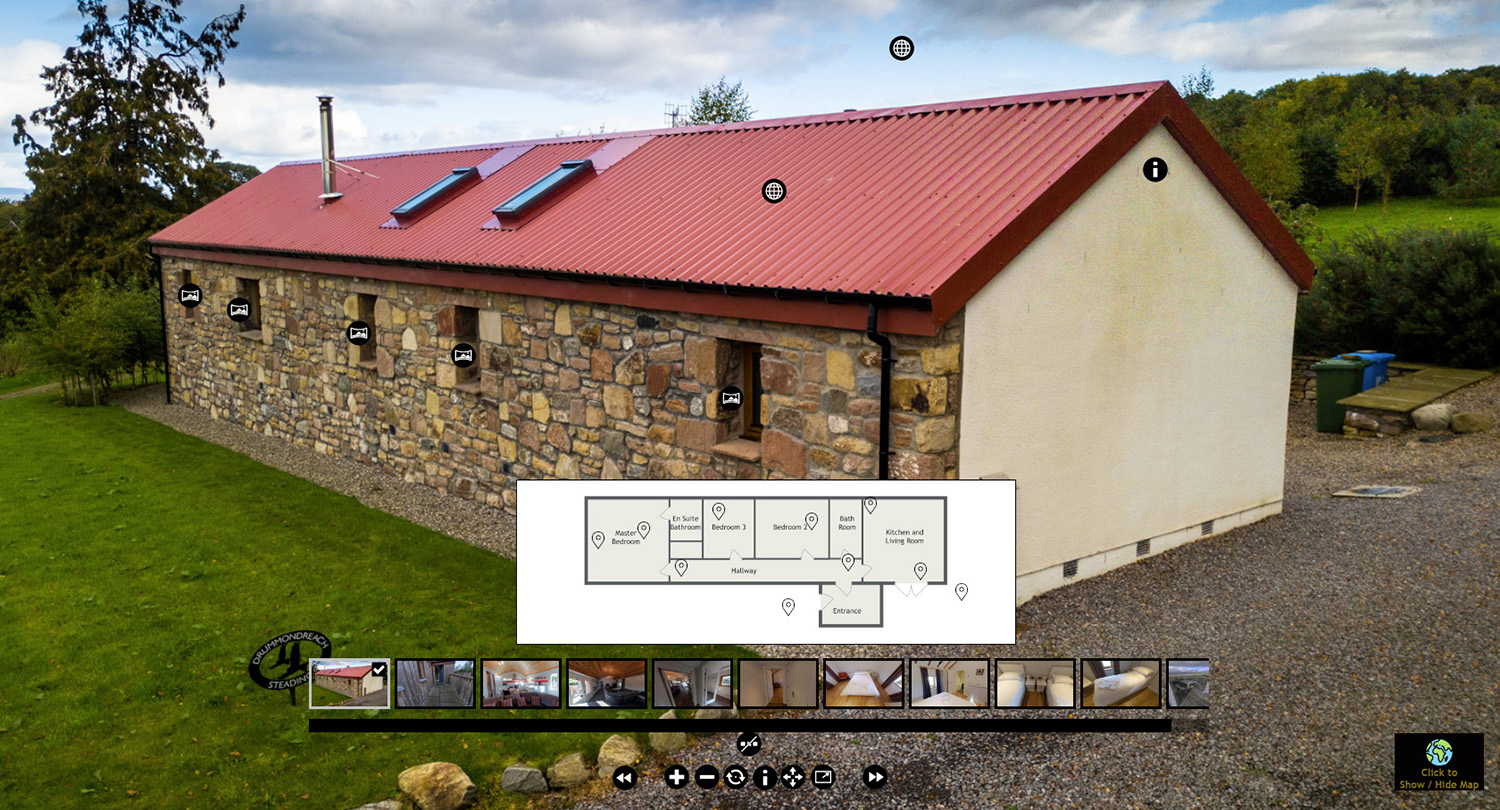 The Drummondreach Steading Virtual Tour features luxury self catering accommodation on the Black Isle. With spectacular views towards Ben Wyvis and the Cromarty Firth, Drummondreach is available for holiday lets in the idyllic Scottish Highlands.

Use the floor plan to explore the cottage and experience both the accommodation and the facilities.

The Drummondreach Steading Virtual Tour can also be accessed from the Black isle Virtual Tour - there are endless possbilities for transitions from aerial panoramas to interior panoramas and showcasing your property from unique and captivating perspectives.

Drummondreach Steading is a three bedroom, two bathroom cottage, sleeps six and has a cedar barrel sauna for your enjoyment.

The name Drummondreach has been associated with this part of the Black Isle for several hundred years. In Scottish, drummond means “at the ridge” and reach is a suffix meaning “belonging to”. So here, you belong to the ridge. The first half of the name is easy to pronounce. It’s drum-on-d. But how do you pronounce the -reach? Is it reach, like reach for the stars? No. It’s ree-ah-ch and that last sound you make by aspirating the c and the h at the back of your throat. It’s not necessarily the easiest sound, but it’s fun to try it. The word “steading” means a farm and its buildings. In fact, this building was a stable.

Using schematic floor plans provides perspective to the interior of the property, engaging viewers in an immersive, interactive experience.

Using the power of 360° photography and virtual tours, let me create a memorable experience for your prospective customers. Contact me for further details and for a customised quote for your property.

Click on the photograph of the view from the A' Chailleach summit to enter the Virtual Tour.

Use the opening map to select any of the hills listed and enjoy touring the summits across the seasons! 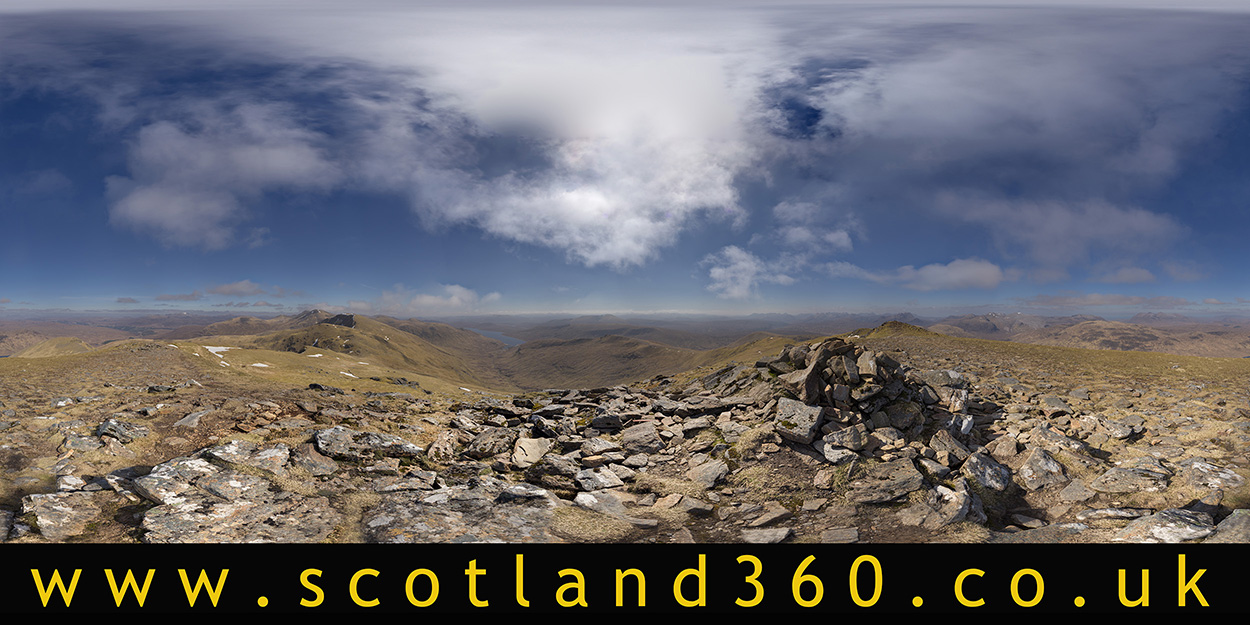 Pan and zoom around the 360° photographs, clicking on the interactive hotspots for photographs, web links and further information.

Find the links to neighbouring hills and explore the view from nearby summits. Find the Brocken Spectre too...! And if you would like to see nearby summits named, then find and click on the links at the base of some of the cairns.

The Fannich Mountains comprise some 16 Munros on either side of the A835 which runs from Dingwall to Ullapool.

The hills are varied in character from the vast plateau of Ben Wyvis in the east to the crags of the Beinn Dearg Group in the west.

With magnificent ridge walks and stunning views to the surrounding hills, the Fannichs can provide superb hill days out, all within easy reach of Inverness.

Most of the photographs which comprise the Virtual Tour were captured as a series of bracketed exposures using a Canon digital SLR.

ith the camera mounted on a panoramic head, the photographs were captured and then processed using panoramic software before being imported into the Virtual Tour. The Beinn Enaiglair panorama was shot using the Garmin VIRB360 camera to save time on an extremely cold winter mountain day.

This Virtual Tour is a development from a photographic commission awarded to me by BBC Scotland in 2009.

I had been commissioned to provide a series of interactive mountain panoramas. Whilst capturing the images for the BBC, I took the oportunity to capture my own photographs of the mountain summit views. 360° Panoramic photography has advanced considerably since 2009 and the BBC project was possibly ahead of its time. It did however allow for some invaluable developments for panoramic photography.

Click on the photograph of Dirleton Castle to enter the Virtual Tour. 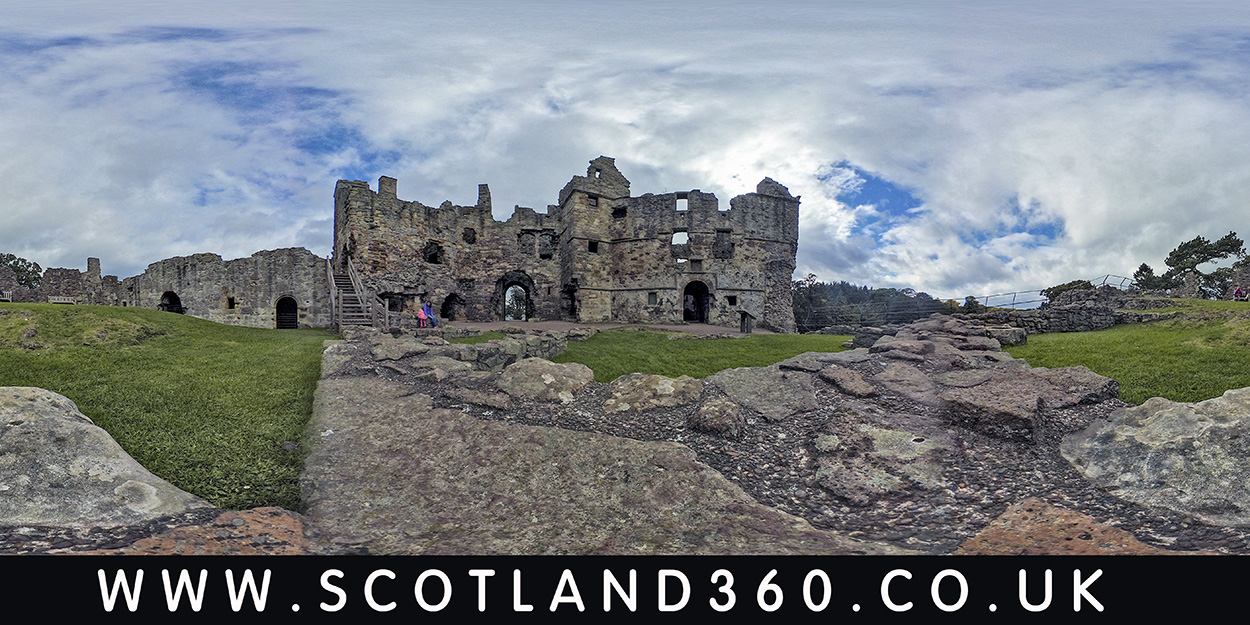 Dirleton Castle is a 13th Century medieval fortress in the village of Dirleton in East Lothian.

Building of the castle began in 1240 and for many years, Dirleton Castle was an important stronghold, guarding the coastal approach to Edinburgh from England.

The castle was heavily damaged during the Scottish Wars of Independence and, following several ownerships, was finally abandoned by the end of the 17th century.

The images in this tour were captured as bracketed exposures, blended together in Adobe Lightroom and processed using the KRPano Virtual Tour software.

All images were captured initially in jpg format but recent firmware upgrades to the camera now allow for capture of images in RAW format with a consequential improvement of both dynamic range and tonal quality. 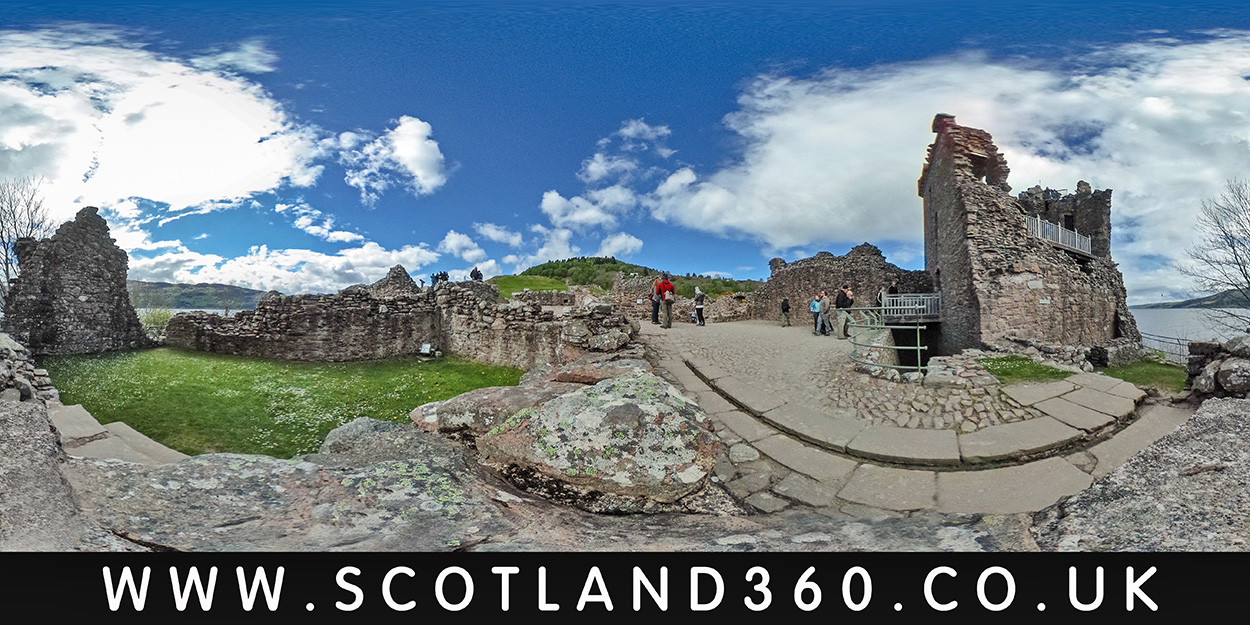 May 2017 at Urquhart Castle and a Virtual Tour captured to compare the capabilities of the Ricoh Theta S and Nikon KeyMission 360 cameras.

Click on the photograph of Urquhart Castle to enter the Virtual Tour.

Urquhart Castle dates from the 13th Century and sits on the shores of Loch Ness in the Scottish Highlands.

With a long history behind it, Urquhart Castle played a role in the Scottish Wars of Independence, was a royal castle and was partially destroyed in 1692 to prevent its use by the Jacobites.

It was taken into state care in the 20th century and is now one of the most visited castles in Scotland.

As part of a contract with Highlands and Islands Enterprise in 2017 and 2018 tutoring the use and application of 360 photography, I used two newly released 360° cameras to capture this panoramic tour.

Commissioned by and Featuring in.... 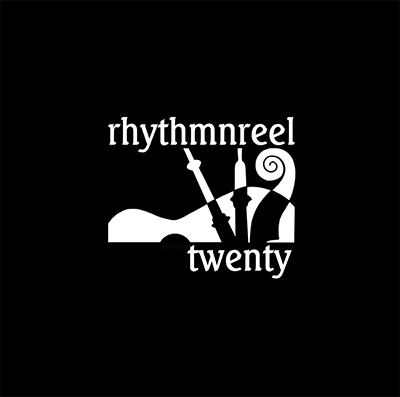 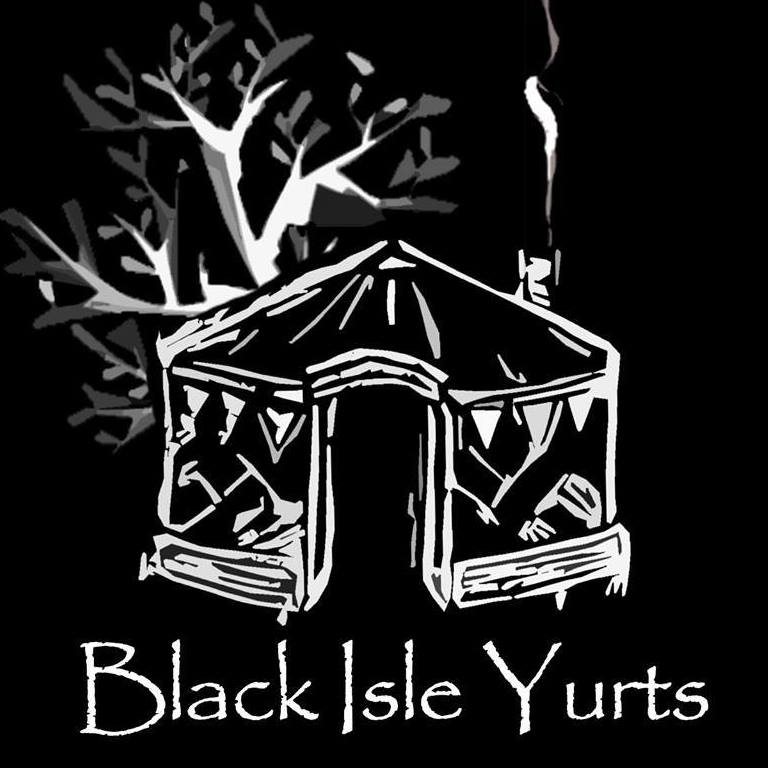 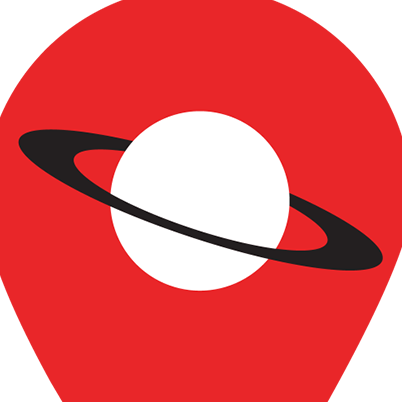 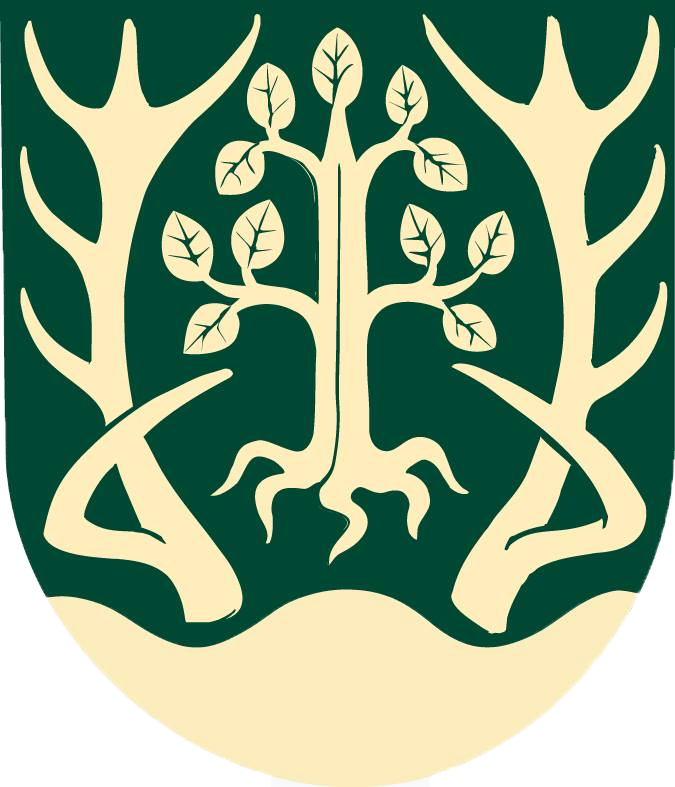 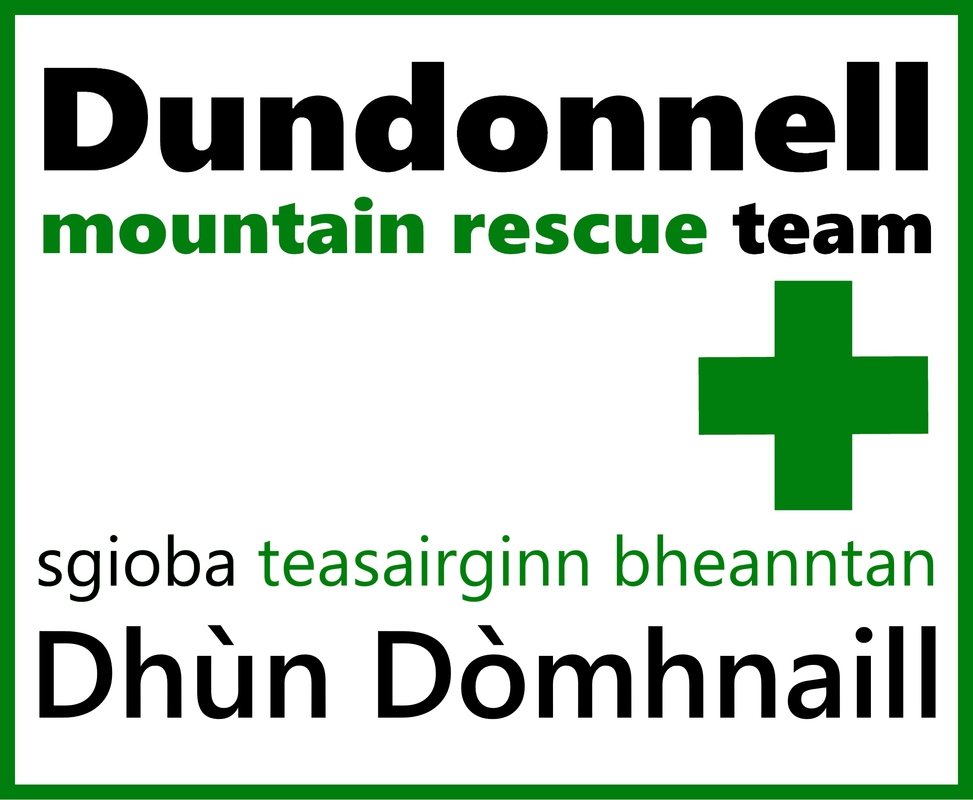 Copyright © 2021 All Rights Reserved by Scotland360° and Angus Mackie